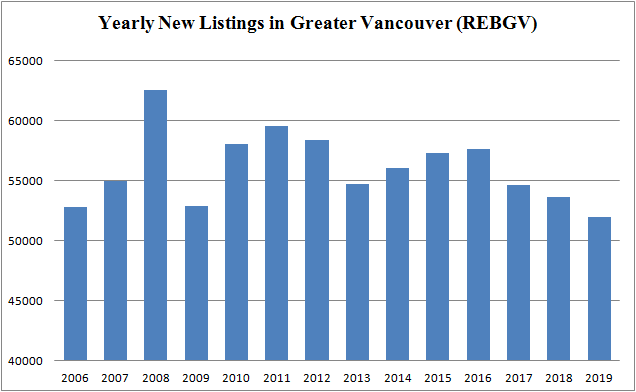 Yearly New Listings hit some significant low this year and is by far the story of 2019 in REBGV.  This had a direct impact on negative total inventory change year-over-year.  This is now 3 consecutive years of New Listings decrease on a yearly basis.  As you can see, this is not a common occurrence.  It should rebound next year but it's not clear to what extent. 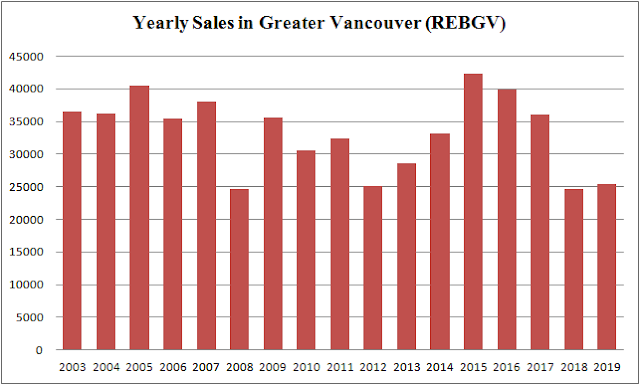 Annual sales beat out last year's low and finished ahead of 2008, 2012 and 2018 during the recent times.  It is widely expected that sales will increase next year given the recent rise in sales and SAL ratio during the latter half of 2019. 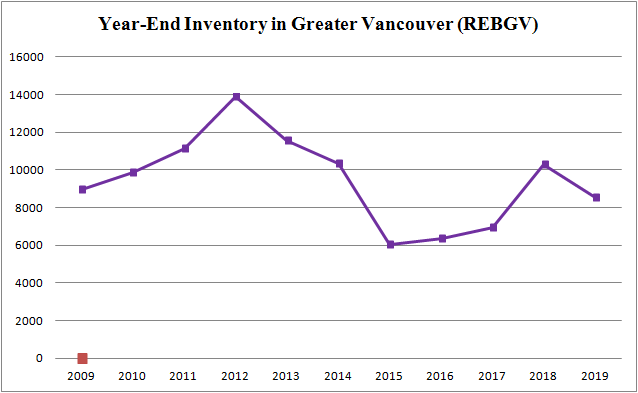 Year-end total inventory dropped year-over-year which is a surprise given how 2019 started in the beginning.  It took a turn during the summer and continued to drop during the latter half of the year.  With both sales and new listings expected to be higher in 2020 compared to 2019, it will be interesting to see which direction TI will go.